An explosion earlier this month at a Dow Chemical facility in North Andover, Massachusetts has renewed interest in the safe handling and storage of trimethylaluminum and similar compounds.

Trimethylaluminum is used industrially in the manufacture of products ranging from semiconductors to plastics to solar cells to LED lights. It is also used to create primary alcohols and methylaluminoxane.

Five people were injured in the explosion, and the lab itself was severely damaged. After the resulting fire was contained, the facility was closed so that investigations into the cause of the accident could begin. Officials confirmed that no danger was posed to surrounding homes or businesses.

Trimethylaluminum — also known as trimethylalane or aluminium trimethyl — is a colorless liquid when in its purest form. Extremely dangerous and reactive, it is known for its exceptional degree of pyrophoricity. It catches fire and/or explodes when exposed to air or water, and is listed at Level 4 flammability on the NFPA fire diamond. The journal Science has called trimethylaluminum reactions “among the most notorious fireballs in all of chemistry.”

Back in 2013, a similar explosion at the same Dow facility led to the death of a worker. According to Dow’s investigation, that explosion was the result of “an undesired and unexpected reactive chemical event” during a manufacturing process involving Trimethylindium, or TMI — a substance similar to, but weaker than, trimethylaluminum. Dow said: “The most highly probable cause of the unplanned event was the ingress of cleaning liquid from the cavity space of the ball valve into the crude TMI. Due to the nature of the event, it is impossible to completely validate this conclusion.”  OSHA fined Rohm and Haas — the Dow subsidiary operating the lab — $28,000 for violations related to the explosion and fatality, but eventually reduced that figure to $17,500.

There are signs of renewed interest in the safety of trimethylaluminum and related chemicals. As reported in EHS Today, the Massachusetts Coalition for Occupational Safety & Health (MassCOSH) — a worker advocacy and safety organization — has insisted on a complete and immediate review of how trimethylaluminum and other hazardous substances are handled.

The U.S. Chemical Safety Board is expected to investigate this incident.

Massachusetts does not have a state OSHA plan, but one of its three state area offices is, coincidentally, located in Andover, not far from the site of this explosion. 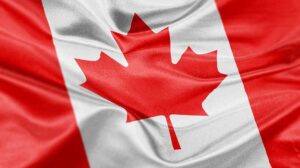