As we move forward into 2015, OSHA shows every sign of retaining its historically intense focus on protecting workers from carcinogens—that is, agents known to cause cancer.

Carcinogens are addressed in specific OSHA standards for general industry, and also for shipyard employment and construction. According to OSHA, a special difficulty posed by carcinogens is that many workers may not be aware of their presence—which, in turn, makes workers more vulnerable because they’re less likely to use appropriate safety measures or available PPE. Because of this sometimes “invisible” quality, OSHA keeps carcinogens foremost in its list of regulated substances.

OSHA has had carcinogens in its crosshairs since the very start. In 1971 — the year of the agency’s creation — OSHA issued workplace controls for “asbestos dust” a substance linked to rare cancers like mesothelioma. OSHA acted again to increase carcinogen regulation in January of 1974, when it issued a final rule for 14 carcinogenic substances. In that same year it also issued one of its first emergency standards for the carcinogen vinyl chloride after an epidemic of liver cancer among workers who handled the substance. In 1975, OSHA acted again to issue a permanent carcinogen standard for inorganic arsenic.

Then in 1977, OSHA took an even greater action to establish that it views carcinogens as a unique hazard category. Forgoing its initial “one substance at a time” approach to rulemaking, OSHA published a generic cancer standard that defined several different classes of cancer-causing substances. Any new substance falling into one of these categories could then be considered a cancer-causing workplace hazard.

Today, cancer-causing elements continue to be at the forefront of OSHA’s enforcement priorities, and for good reason.

The CDC estimates that somewhere between four and ten percent of all U.S. cancers are still caused by occupational exposure. It also asserts that it believes “virtually all such exposures can be prevented.”  At the same time, investigative journalists continue to unearth scenarios in which evidence can appear to show employers failing to adequately protect their workers from potentially cancer-causing workplace substances.

Some of the difficulty around carcinogen prevention arises from the fact that the carcinogenicity of many workplace substances is still not known. Only about two percent of all chemicals manufactured in the U.S. have been definitively tested for carcinogenicity. However, OSHA says that there are many measures that employers can take to effectively reduce hazards for employees, whether dealing with known or potential carcinogens in their workplaces. These include using appropriate PPE, ensuring proper ventilation, and training employees on carcinogen safety.

VelocityEHS’ suite of nearly 100 on-demand workplace trainings includes courses on protecting workers from cancer-causing substances encountered in the course of employment. The module Carcinogen Safety provides instruction on the recognition, management, safe use, and control of workplace carcinogens, as well as background on safety data sheet and label requirements for carcinogens, and information on risk assessment.

For more information on OSHA’s requirements and standards for carcinogen safety, visit their carcinogen webpage here.

For information on VelocityEHS’ expert-reviewed training solutions for carcinogens and other topics, visit our Workplace Training page. 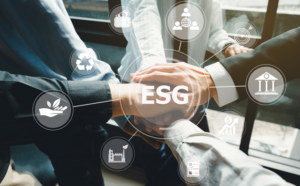 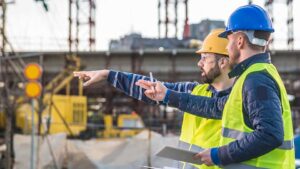